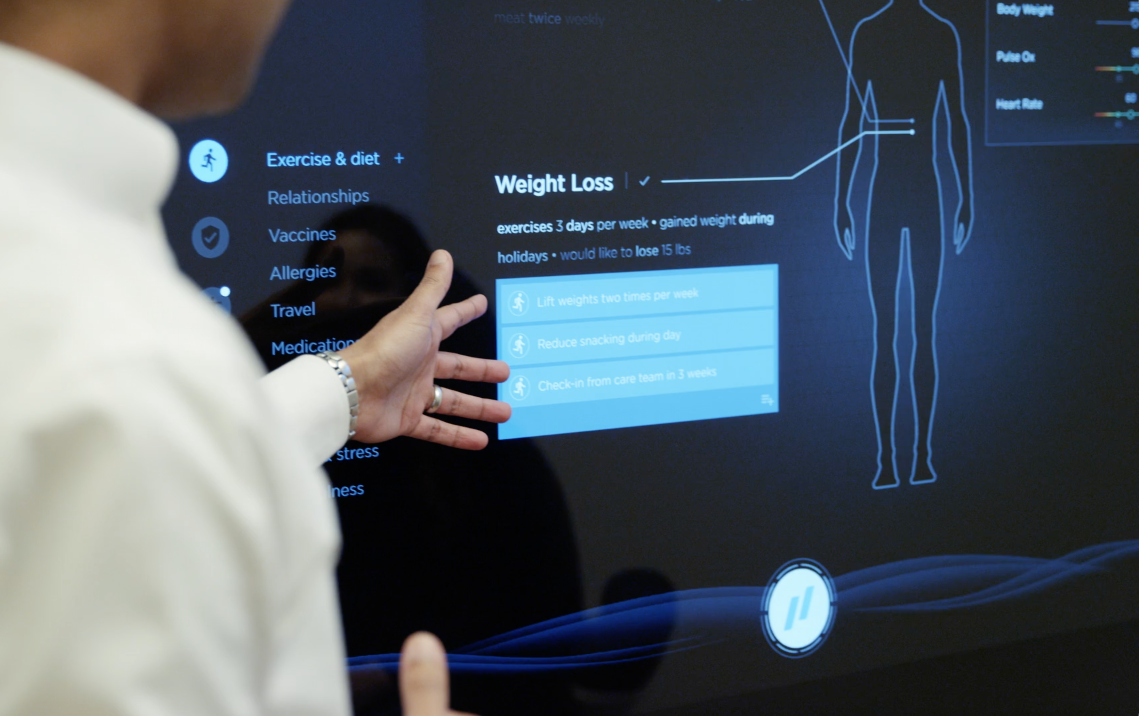 “Don’t freak out, but I’m having a heart attack”

That was a phone call from a close relative of mine a few years ago. Up until then, healthcare had always been somehow distant and abstract to me — a collection of mildly unpleasant experiences and vaguely recalled acronyms: PPO. LDL. ACA. I knew that these things were important to people, but I never had to learn why for myself. I was lucky.

The day I got that call, I went from skimming the surface of “The Healthcare System” to being plunged right into its icy depths. The memories come in waves — hours spent bedside at a hospital staring at linoleum tiles, untold days spent researching treatment plans and diagnoses. Reluctantly taking a crash-course on “myocardial infarctions” and memorizing the location of every good vending machine on the ICU floor of Mount Sinai Hospital.

Our family was fortunate because our relative recovered and is now in great health. But I was amazed by what I saw while observing his care. His doctors were incredible — some of the most intelligent, humane, and capable people I had ever been around. But being an engineer by trade, I couldn’t help but notice their tools.

Why were doctors still writing things down on post-it notes? Why did every piece of software look like it was built to be an elaborate form of punishment? Why did every medical device look like it came from the 1970s? And why was our eventual hospital bill the size of a down payment on a house?

The entire system looked to me like it had been frozen in time for decades. I was deeply disappointed with what I saw.

My experience made me think about what I wanted from the healthcare system and what it might look like in a better world:

Why does it feel like we’re so far from that future? How did doctors, some of the most talented people in the world, end up with tools that cripple their productivity instead of multiplying it?

Unsurprisingly, it comes down to incentives. The way we buy and pay for healthcare creates the wrong incentives for everyone. Doctors, hospitals, and the people who build their tools all focus on generating billing codes rather than making people as healthy as possible.

The primary function of software in the healthcare industry today is not to take care of people — it’s to make sure everyone gets paid. No one has the incentive to build tools and algorithms to predict your heart attack. Because the sad truth is that your traumatic heart attack is someone else’s financial windfall. The resulting heart bypass surgery generates $100,000+ in revenue for the hospital. There is no one villain here. The entire system is set up for failure.

We started Forward to deliver better health to people at a lower cost. But if we had to do this by working within the existing healthcare system, we wouldn’t even know where to begin. How do you unwind everyone’s broken incentives, retrofit ancient software, and convince a bunch of people to change a system in which they benefit from the status quo? We felt it would make more sense to instead start from scratch and to build things the right way from the start.

We made three major decisions about how to build Forward from scratch:

We built a system to give our doctors superpowers. They use software that integrates all your data — from genetics, to blood testing, to sensors at home — to help you proactively instead of waiting for issues to arise. They spend more time with you because we built systems to handle their administrative tasks for them. They look at more risk factors because we automated many common tests and procedures. They make smarter decisions because we built algorithms and A.I. to tie those decisions to data.

All of that is a good start, but is not sufficient to make a dent in the overall system. Our system is smart, but it’s not yet cheap. It’s more like a Tesla Model S than like a Model 3. We have a long way to go in making what we do affordable for everyone, not just for the kinds of people who are fortunate enough to be in a position to spend money for better health.

Fortunately, the same technologies that make the system smarter also make it cheaper over time. Moving common tasks and diagnostics from the labor cost curve to the technology curve means we’ll be able to push our prices down as we help doctors take care of more people at once.

Needless to say, we have a lot to learn and a lot to build. It won’t be easy, but we’re excited to try.

Forward’s comprehensive primary care services and programming are available to all members. Whether you need a hypertension care plan or a weight loss program, we deliver the care you need for a healthy future.