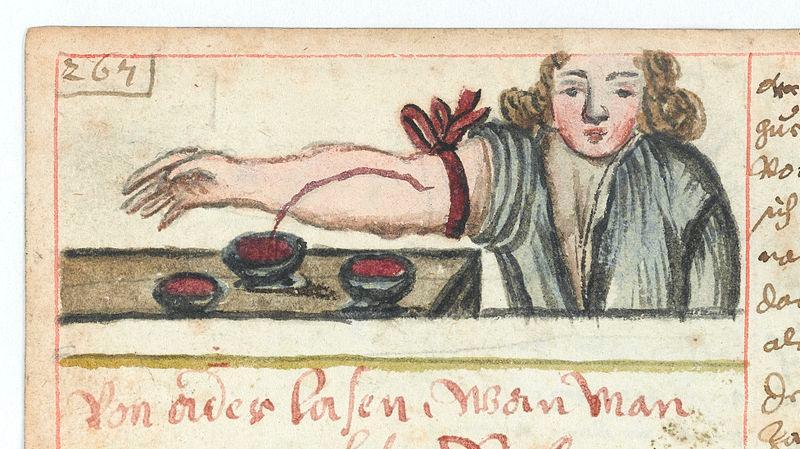 The History of Healthcare Being Backwards — Very Backwards, Indeed

Humans have come a long way in how they treat and care for the sick. Many of the evolutionary improvements in healthcare throughout history have drastically increased life spans, as well as markedly improved the average quality of those lives.

That said, healthcare’s evolution is not without its share of backwards-thinking. In fact, there’s a long, strange history of bizarre treatments and terrifying “cures” that have done more harm than good.

In Ancient Greece, early physicians like Hippocrates and Galen shaped modern medicine in fundamental ways. But the Greeks got a lot wrong, too: Arteries were thought to be filled with air, something called “black bile” was believed to cause depression and, famously, bloodletting was used by many as a state-of-the-art medical treatment.

The theory went that bloodletting, i.e., the practice of allowing blood to drip out of the body in a controlled fashion (via a doctor or, perhaps more interestingly, using blood-sucking parasitic leeches), helped prevent blood from “stagnating” in the extremities, and could fix imbalances between the “humors” (blood and bile).

Though many of the theories behind bloodletting were eventually debunked, the practice persisted for centuries. In fact, bloodletting remained popular from the seventeenth through nineteenth centuries, when it was recommended for a range of ailments: fever, scurvy, stroke and even, according to the French physician Jacques Ferrand, heartbreak.

(Not) Washing Your Hands

It may surprise you, but even as recently as the 19th century, hand-washing wasn’t really a thing people did to stop themselves from getting sick — at least not until the idea was championed by a Hungarian obstetrician named Ignaz Semmelweis.

As a physician in the 1840s, Semmelweis collected data on deaths from childbed fever (now called puerperal fever). He concluded that doctors were left with “particles” of disease on their hands, which they passed on to other women. To address the problem, Semmelweis began washing his hands in chlorinated lime water and encouraged other physicians to do the same.

But the practice clashed with existing medical theories, and before germs were better understood, Semmelweis couldn’t point to a scientific reason for why people should wash their hands. Some of Semmelweis’ fellow doctors (of the “backwards” variety) were offended by the implication that their hands were dirty; and even more were taken aback by Semmelweis’ brash, blunt insistence on his findings.

After years of trying and failing to convince his colleagues across Europe to wash their hands, Semmelweis ultimately lost his job. He published biting op-eds that referred to his fellow doctors as “murderers” and “ignoramuses.”

Now remembered as a prescient physician, Semmelweis lived his later years in an asylum, where he died of blood poisoning — a grim irony that could have been prevented with soap, water and some vigorous hand-rubbing back and forth for 20 seconds.

In the winter of 1721, colonial Boston suffered a severe outbreak of smallpox. As the disease swept through the city, one physician, Zabdiel Boylston, attempted a controversial treatment: poking a smallpox-infected needle into healthy skin, and in turn, launched a heated public debate among physicians and Puritan ministers.

Some argued that using small amounts of virus to inoculate (aka, vaccinate) against disease went against the will of God; others suggested that the practice was risky and untested. Some even objected to the “foreign” origins of inoculation, which had been practiced for thousands of years in far-off places China, Africa, India and Turkey (Boylston had learned of inoculation from an African slave named Onesimus).

At the peak of the controversy, one Boston resident hurled a bomb through the window of a pro-vaxx minister’s house. An attached note read: “I’ll inoculate you with this.” Boylston was briefly arrested, then sheltered in a hidden place for two weeks.

After the epidemic passed, Boylston published data showing that vaccinations had decreased the death rate among his patients. Today, the episode is considered to have laid groundwork for the development of the smallpox vaccine.

If you still aren’t convinced that society hasn’t had some pretty backwards ideas about healthcare, we’ve saved the best for last. That’s because, in the 1920s, tobacco companies hatched an ingenious plan to draw on unlikely images in their ads: Doctors with stethoscopes, cheerfully holding up cigarettes.

For decades, cigarette brands tried to ward off public concern by associating smoking with health. Bright, full-page spreads touted the supposed medical benefits of tobacco — like that they could reduce throat irritation, or could even be “prescribed” for ailments like poor digestion — and taglines like “More doctors smoke camels than any other cigarette!” lended weight to the idea that cigarettes were even doctor-recommended.

These days, although the healthcare industry doesn’t promote bloodletting as a cure for heartbreak, hand-washing is the norm, vaccination isn’t laughed at and doctors no longer light up during routine check-ups, that doesn’t mean that healthcare is no longer backwards. In fact, for anyone who’s paid thousands of dollars for a couple of stitches, been stuck with a surprise bill after a routine doctor’s visit or waited forty-five minutes to spend just five minutes with their overworked primary care physician, it sure seems that way.

Forward is making primary health care affordable for the majority of Americans who are dissatisfied with expensive, impersonal, and reactive health care plan. Our members find it easy to take control over their health with personalized services that take a preventive, holistic approach to good health—plus our app, where you can communicate with your Care Team, order prescriptions, check results, and monitor your progress toward your goals. This is the future of health care, and we’re proud to be a pioneer.