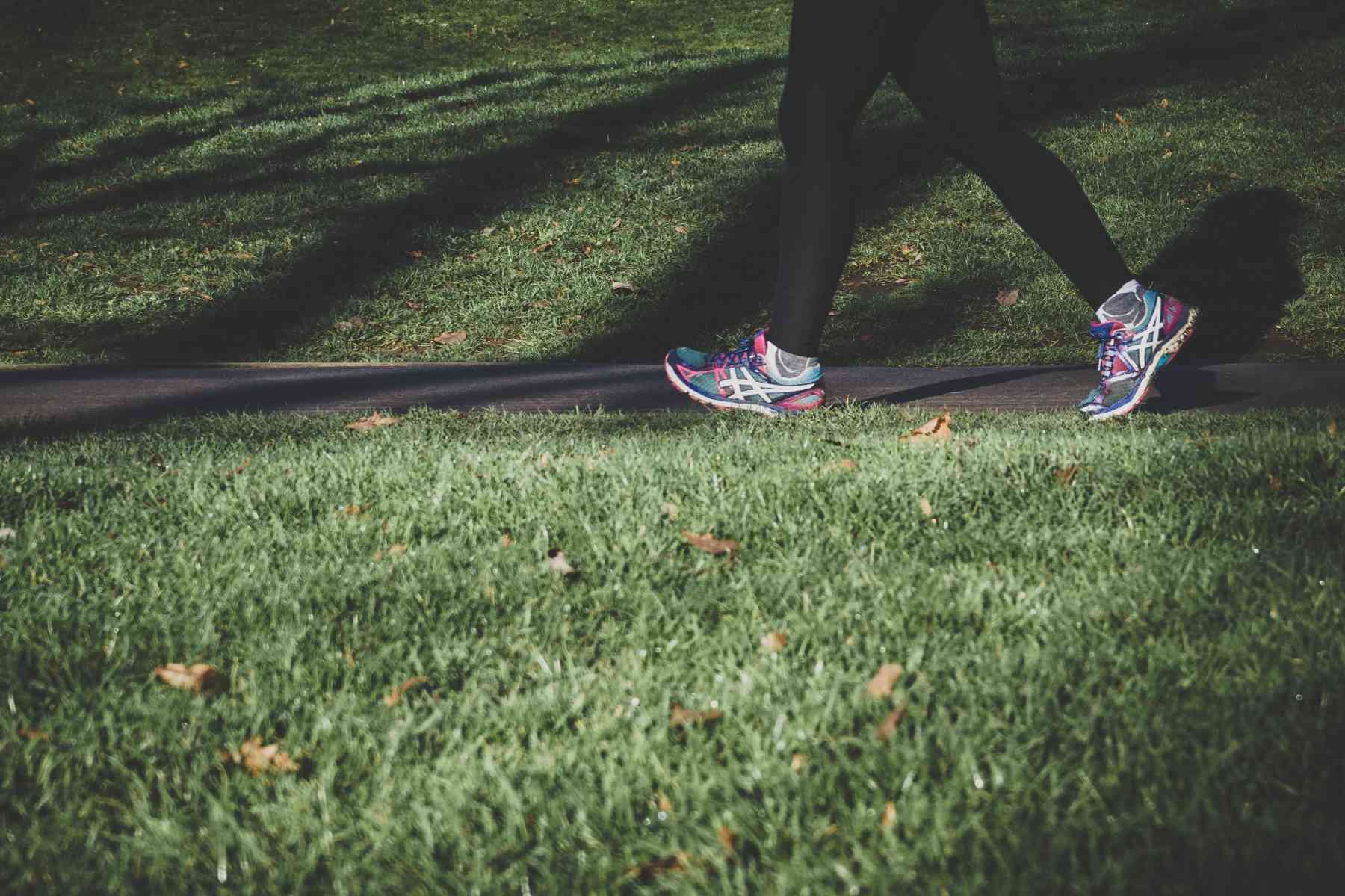 Can Type 2 Diabetes Be Reversed?

By Forward & Medically Reviewed by Dr. Kira XieFebruary 14, 2022No Comments

For decades, diabetes has been considered an incurable, chronic, and progressive disease. Many people who are diagnosed with type 2 diabetes today—and even some of their physicians—believe that this diagnosis is all but a guarantee of failing health and a shortened life. Some believe that the best possible outcome of treatment is a slowing of the inevitable progression of the disease.

But over the past few years, that outlook has been changing, and recent research suggests that type 2 diabetes is reversible.

According to a 2019 literature review of 99 original articles related to the reversal or remission of type 2 diabetes, evidence supports the case that it’s possible to reverse this disease with bariatric surgery, a low-calorie diet, or carbohydrate restriction.

However, while the American Diabetes Association (ADA) and other global medical organizations support these methods, they tend to suggest exercise, diet, and weight loss surgery as adjuncts to the treatment plan rather than the primary means of reversing diabetes.

The remarkable conclusion of this literature review states, “Given the state of evidence for type 2 diabetes reversal, healthcare providers need to be educated on reversal options so they can actively engage in counseling patients who may desire this approach to their disease.”

So, what, exactly, does “reversal” mean—that the disease is cured? And what’s the evidence for the reversal of type 2 diabetes? First, let’s look at the current definitions of “reversal,” “remission,” and “cure” in the context of type 2 diabetes.

Diabetes reversal vs. remission vs. cure

The world has long hoped for a cure for diabetes. The idea of diabetes remission or reversal, though, is so new that the scientific community hasn’t yet reached full consensus on the finer details of what “remission” and “reversal” mean—or even whether to call it “remission” or “reversal,” which are used interchangeably. The term “cure” isn’t used with type 2 diabetes, because even if you send it into reversal or remission, it can reoccur if you don’t continue to manage it.

Most researchers agree that remission or reversal occurs when your A1C test results consistently come back under the diabetes threshold of 6.5 percent—or 200 mg/dL, if you’re used to the measurement your blood sugar monitor uses—without the use of glycemic control diabetes medications.

As more evidence comes to light pointing to the possibility of reversal, an expert panel of experts has defined more specific terms like “partial” and “complete” reversal/remission:

Here’s a summary of the evidence the reviewers found for the reversal of type 2 diabetes through bariatric surgery, carbohydrate restriction, or a short-term, low-calorie eating pattern.

Regardless of your diet, diabetes is generally shown to be reversed in a way that correlates with the amount of fat (weight) lost. Severe calorie restriction and bariatric surgery are effective for losing fat, but these treatments are typically used only for people with obesity.

Several studies have shown that dramatically restricting calories for weight loss under medical supervision may be effective for reversing type 2 diabetes:

The main obstacle to reversing diabetes with a very low-calorie diet, however, is that long-term maintenance can be very difficult, even though the calorie restriction itself is short-term or intermittent. Another obstacle to this reversal method is that severe calorie restriction can result in nutritional deficiencies, and it can have a negative effect on body composition and overall health.

If you think this type of intervention might be right for you, talk to your doctor. Restricting your calories without the supervision of a healthcare professional can be dangerous and counter-productive.

Bariatric surgery is a commonly used treatment for morbid obesity and the metabolic problems that occur with it, including type 2 diabetes. Although the successful reversal of type 2 diabetes depends on the procedure used for the surgery, research points to universal and dramatic improvement in blood sugar levels post-op. Up to 80 percent of bariatric surgery patients are able to lower the amount of glucose-lowering medications and insulin they use.

These improvements often happen within hours or days of surgery, before the patient has lost any weight. This, say researchers, likely represents the response of the pancreas, which produces insulin, to changes in bile acid signaling and the microbiome of the gut.

The long-term outcomes of bariatric surgery for diabetes reversal depend on a variety of factors, including the type of surgery, co-occurring illnesses, and whether the patient is able to sustain necessary lifestyle changes. It may also depend on the type of surgery performed. A five-year follow-up study found that 37 percent of those who underwent a sleeve gastrectomy were in complete or partial remission of type 2 diabetes, compared to 45 percent of those who underwent laparoscopic or robotic Roux-en-Y Bypass (RYGB) surgery.

The main benefit of bariatric surgery is that the excess weight comes off quickly and diabetes is reversed, but it’s a major surgery that severely restricts your digestion and changes it for the rest of your life. The benefits of bariatric surgery can be undone if you don’t closely adhere to recommended dietary restrictions.

Restricting carbohydrates was the go-to treatment for type 2 diabetes before insulin was discovered in 1921. In the last decade, this strategy was resurrected, and recently, it was endorsed by the American Diabetes Association and other health organizations as a recommended eating pattern for the treatment of type 2 diabetes. The Veterans Affairs/U.S. Department of Defense guidelines recommend restricting carbohydrates to as low as 14 percent of energy intake per day. Definitions of low-carb and very low-carb diets vary a little depending on who you ask, but in general:

A total of 32 separate trials looking at carb restriction as a treatment for type 2 diabetes had mixed results due to different levels of carb restriction and support. However, while data from long-term studies are limited, some follow-up studies found the initial advantages were reduced over time, but the blood sugar control of the participants involved was still significantly improved over their baseline numbers. The greatest improvements in blood sugar control and medication reduction were found in those who consumed a very-low-carb diet.

A study comparing a very-low-carb diet and a low-calorie, low-glycemic diet found that at 24 weeks, the very-low-carb diet resulted in more weight loss and lower A1C and insulin levels than the low-calorie diet. Ninety-five percent of very low-carb participants reduced or stopped taking diabetes medications after 24 weeks, compared to 62 percent of low-calorie participants — a significant improvement for both groups.

Another study examined a low-carb diet vs. the usual care type 2 diabetes patients usually receive, consisting of medication and lifestyle changes. Overall, medications were significantly reduced, and 94 percent of the low-carb participants had discontinued their medication altogether—and most cardiovascular risk factors were significantly improved. At the one-year mark, 84 percent of participants were still in remission, and at the two-year mark, 54 percent were still maintaining an A1C of below 6.5 percent without medication or with only metformin.

Although carbohydrate restriction is safe and well-tolerated, not everyone is able to sustain a very-low or low-carb for the long-term.

How do you know when it’s time to go off diabetes medication?

According to the American Diabetes Association, you should only stop taking metformin under the guidance of your doctor, and only if you meet the following criteria:

As your primary care provider, Forward focuses on individualized care and easy patient access to test results, progress reports, prescriptions, and more. Whether you have prediabetes, type 2 diabetes, or want to prevent diabetes, Forward members have access to resources including our Heart Health Program to help you reach your health and fitness goals and improve your overall physical and mental wellbeing. f